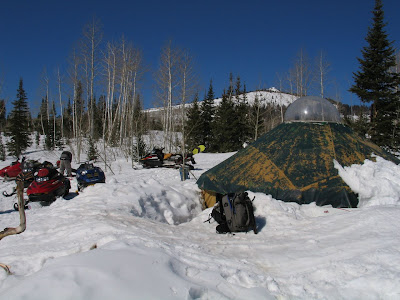 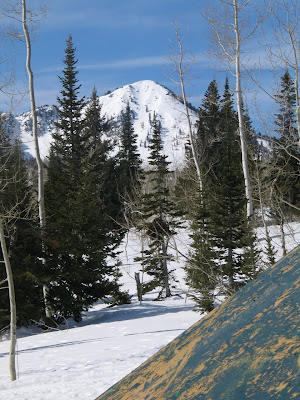 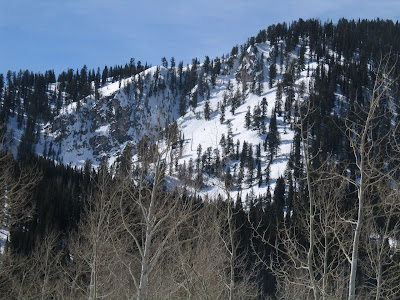 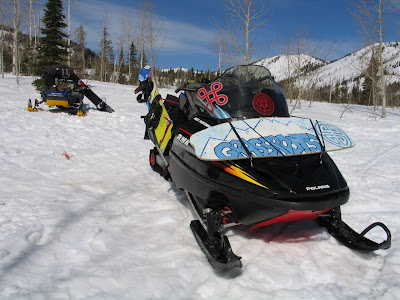 This yurt is the mother of all yurts if you ask me. It’s at least twice the size of any other yurt I have yurted in and you can ride your sleds to it. The Crow’s Nest is a huge plus adding light and a lovely little place to chill out. They had moved it to a new location since we were here last so it was a bitch to find. It took brock/craig and crew 4-5 hours to get from the parking log to the yurt. It was the middle of the night and they were prolly wasted by this point so that made things that much more complicated. 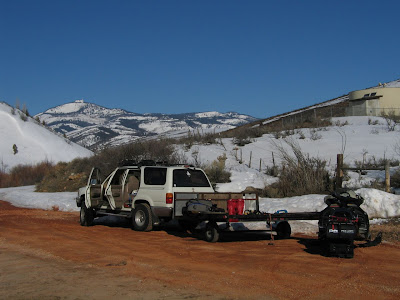 Bloomington parking lot- gettin ready to yurt
I rolled up a day late (which only turned out to be about 5 hours behind my homies who had spent all night searching for it). I got there just in time to watch the thermometer break 55+ degrees. This pretty much destroyed all powdies at all elevations. So we were forced to improvise- I tried one run on the snowboard and it was just plain hateful. So we went to plan B- Surfing, and screwing around. We rolled giant snowballs down sunny faces to try to get avalanches to break and looked at every possibility we could find to shred. It just wasnt happening so I busted out the surf board and started jibbing down some cornice line. It was pretty tough to get control without bindings in this kind of snow but I managed to get a couple good lines. I found a little double line where I could catch some air and get all tech. I did a few shovits and the first ever half cab off a cornice (it was super weak).
We burned down- and I got to thinking about trying a kickflip. The dudes egged me on so I went up and tried it. I came pretty close on the first try to my surprise so I tried it again and nailed it. Before I knew it I was riding away stoked. So I guess I can claim the first ever kickflip on a powder-surf board. I guess I’m gonna be famous some day.
So the day of riding wasn’t a complete loss. I pulled a half cab- some good shovits, and a kickflip and we got most of it on film. Not bad for a slushy day in the backcountry.
Brock, Gonz, and I put our soaking wet boots back on and headed up high to catch the sunset. It was fully worth it- it feels pretty rad to soak in the pinkish orange light for a few minutes. 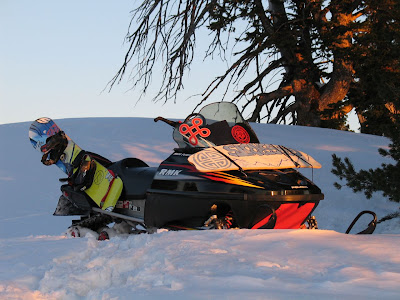 I think I have like a hundred pictures of my sled in the sunset- it never gets old for me. It just looks like its ready to go to battle- just ready to slash everything in sight. Damn. 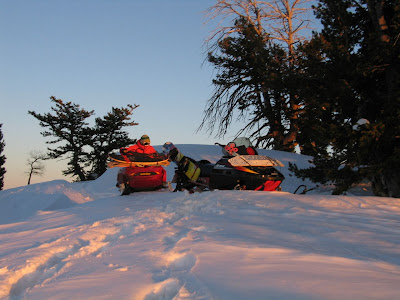 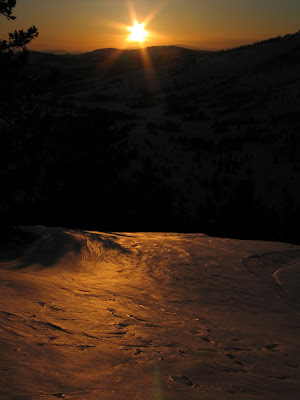 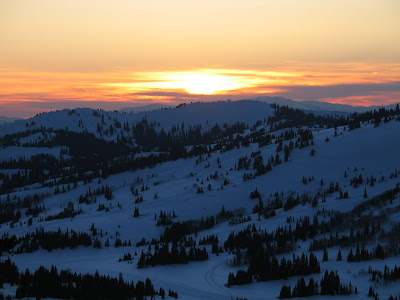 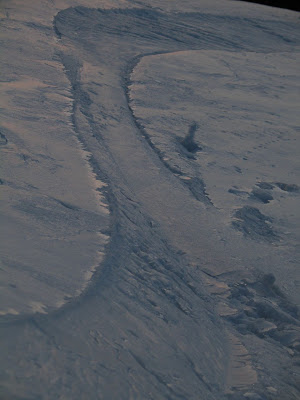 This was my track from the first and only snowboard run of the trip. It was actually good for this turn and then one more before it went sour. -photo: Brock Bitton
The next day looked like more of the same. We found a fresh line of cornices that was actually really fun. Landed my first frontside shovit and almost got a fs big spin! It makes you feel young again when you learn new tricks every other day- reminds me of the good ol days learning to skateboard. We had two boards break free of their leashes and go shooting down hill into trees- luckily nobody lost their decks or saw them break into pieces. This whole surfing thing could really catch fire.
May 8, 2008/by Jeremy Jensen
https://www.powsurf.com/wp-content/uploads/2020/08/grassroots-powdersurfing-logo.svg 0 0 Jeremy Jensen https://www.powsurf.com/wp-content/uploads/2020/08/grassroots-powdersurfing-logo.svg Jeremy Jensen2008-05-08 15:11:002008-05-08 15:11:00Blooming Yurt – 2008 Surf Trip