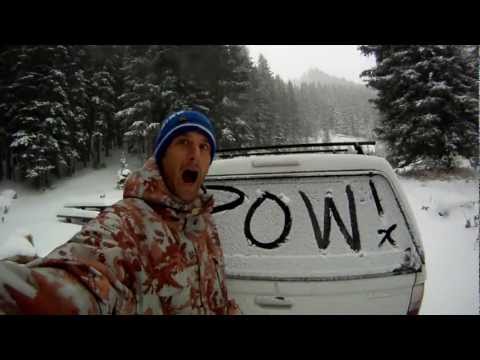 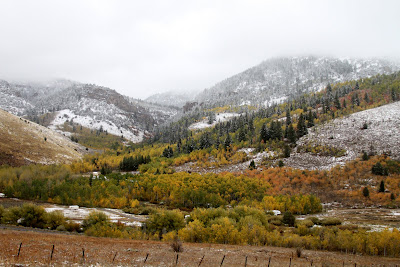 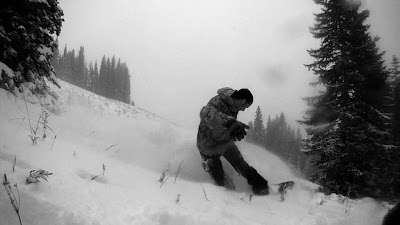 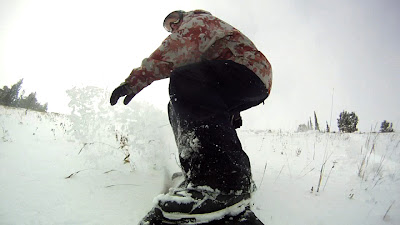 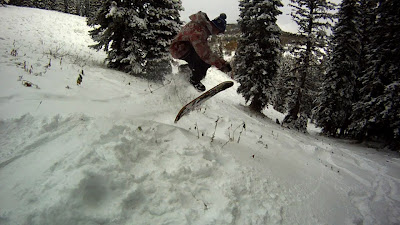 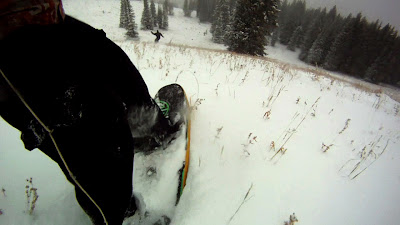 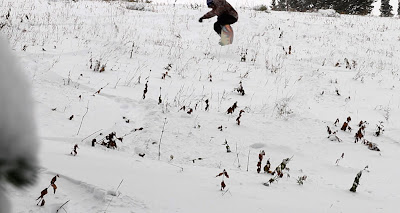 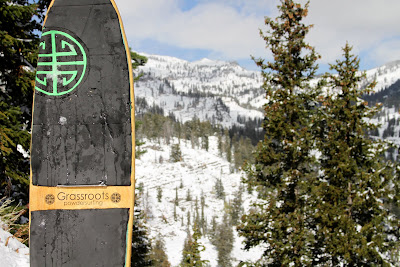 Follow the Snurf - Powdersurfing some serious vert at Retallack Lodge. 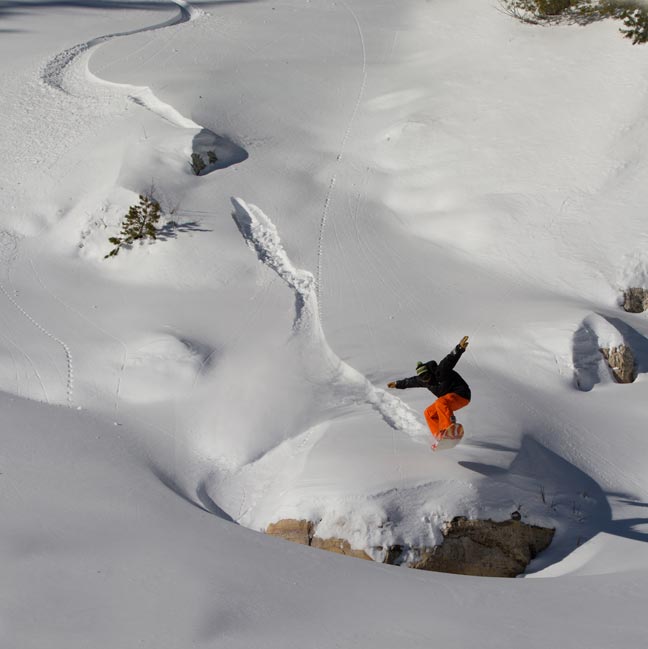 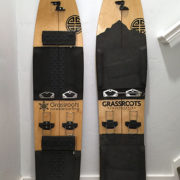 Bryan Iguchi slaying the WY backcountry on his Grassroots Powsurfer