You are here: Home1 / Blog2 / Uncategorized3 / Moonlight Powdersurfing at the Beavis!
Beaver Mountain – First Descent – Powdersurfing in the moonlight 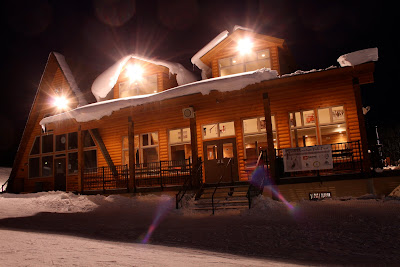 I nailed the first descent down the backside of the beavis on a powdersurf last night under the almost full moon. Pretty epic conditions and super fun. I was up night riding with all the Jensen boys (my dad, brothers, and nephews) at beaver mountain and we were milking cotton tail (in the dark) for pow slashers and butters. It was pretty fun- my nephews are getting really good at shredding and they kept up well. I was able to milk a backside run before it got totally dark. I walked out the spring road and dropped the mini pillow sector. It was hella good- The beavis is at the stage where there are still features to jump off of due to a low tide. It was surprisingly good although it took me a while to hitch hike back.

At the end of the night I milked one more lap and dropped the same run on my powsurf. Definitely worth the 10 dollar ticket. 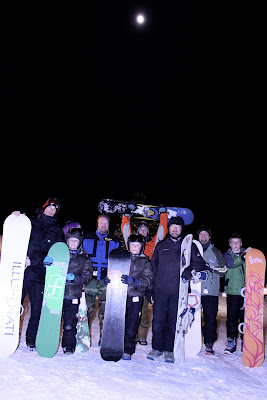 The Jensen gang- we will crush you.
Left to right: Jeremy, Brennan, Matt, Jordan, Jake, Dennis, Ben, and Christian. 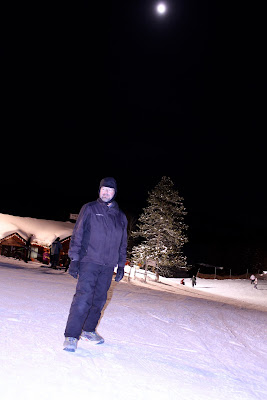 My dad rips. He has been shredding longer than I have (and longer than you too). He hasn’t touched his skis in 20+ years.
As far as I know, I nailed the first descent of the Beav on a snowskate (10 or so years ago), first descent of Beaver’s backside on a snowskate, first bindingless (noboard) descent of the backside (11 years ago), first descent of the Beav’s frontside on a powdersurf board and first backside on the powsurf. ..not bad considering bindingless boards are not allowed on the mountain. Hopefully one day they will reconsider.
January 28, 2010/by Jeremy Jensen
https://www.powsurf.com/wp-content/uploads/2020/08/grassroots-powdersurfing-logo.svg 0 0 Jeremy Jensen https://www.powsurf.com/wp-content/uploads/2020/08/grassroots-powdersurfing-logo.svg Jeremy Jensen2010-01-28 23:34:002010-01-28 23:34:00Moonlight Powdersurfing at the Beavis!